db4o is designed to be a simple, easy-to-use, and fast, native object database

However, as object-oriented models became popular, developers were spending time trying to map objects into a relational database. Today, developers are forced to rely on relational-to-object mappers, but this technology compromise adds a layer of complexity and degrades performance. It is best suited for organizations that rely on legacy data.

What's New in This Release:
This release comes with a new BTree architecture and major performance enhancements resulting from a new query processor that runs on the new BTrees.
Deterministic immediate query responses were made possible using a new "Lazy Query Evaluation" algorithm. 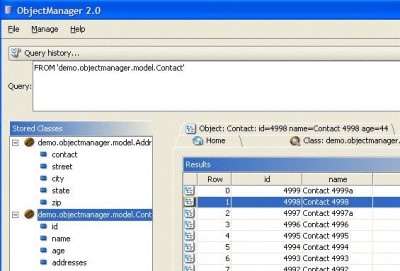 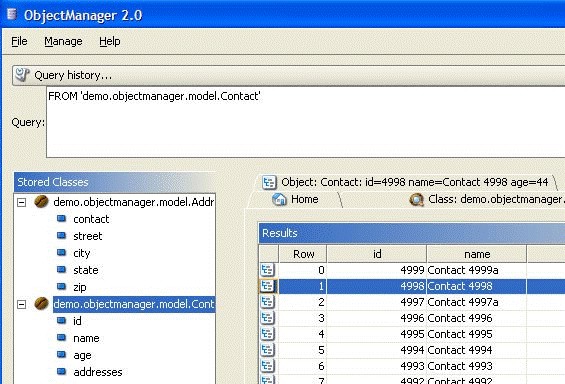 db4o 8.0
db4o is designed to be a simple, easy-to-use, and fast, native object database


Schevo 3.0 Beta2
Schevo project is a next-generation DBMS that focuses on the following: - Database Integrity: Schevo is designed from the ground u


JDOInstruments 2.9.2
JDOInstruments is an embedded object oriented database programmed in java, it is also an implementation of Sun's Java Data Objects (J


Hydrate 2.0
Hydrate is a Java tool that provides for fast efficient and error-free transformation of data between three different representations