Zekr is an open platform for research and development on the Holly Quran.

It is a Quran based project, planned to be a universal, open source, cross-platform application to perform most of the usual refers to Quran.

The main idea is to build an as generic as possible platform to be capable of having different add-ins for its tasks.

The current release, 0.2.0, is planned to search the Quran, and support multiple languages The program is written in Java (HotSpot JVM), using Eclipse IDE, and SWT as the widget toolkit. 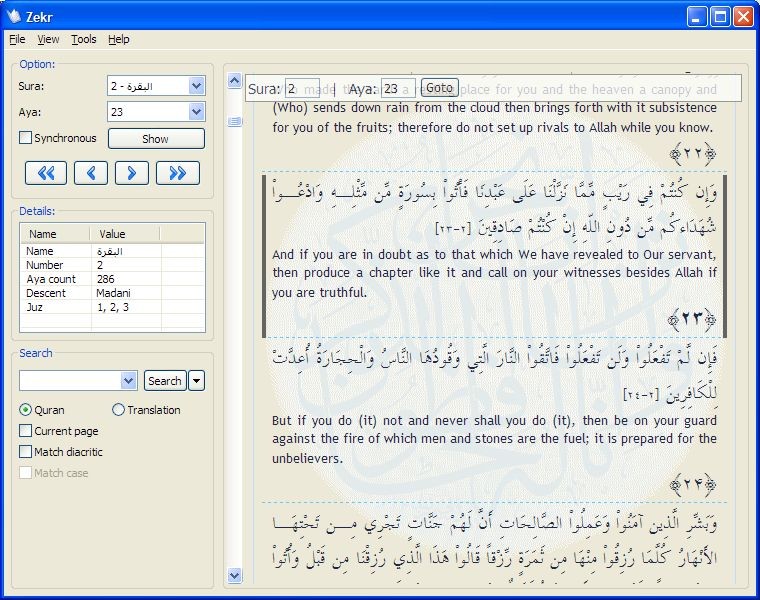 
libquran 0.3
libquran is a base library for reading the Holy Quran XML files provided by http://www.arabeyes.org


QtQuran 0.1
Quran project is aimed to be a comprehensive tool to navigate through texts of the Quran, play readings of selected verses, as well a


SWT 3.2
SWT is an open source widget toolkit for Java designed to provide efficient, portable access to the user-interface facilities of the