Exaile project is a media player aiming to be similar to KDE's AmaroK, but for GTK+

Exaile project is a media player aiming to be similar to KDE's AmaroK, but for GTK+. It incorporates many of the features from AmaroK (and other media players) like automatic fetching of album art, handling of large libraries, lyrics fetching, artist/album information via the wikipedia, last.fm support, and optional iPod support (assuming you have python-gpod installed).

In addition, it includes a built in shoutcast directory browser, tabbed playlists (so you can have more than one playlist open at a time), blacklisting of tracks (so they don't get scanned into your library), downloading of guitar tablature from fretplay.com, and submitting played tracks on your iPod to last.fm.

What's New in This Release:
This release adds Smart Playlists! 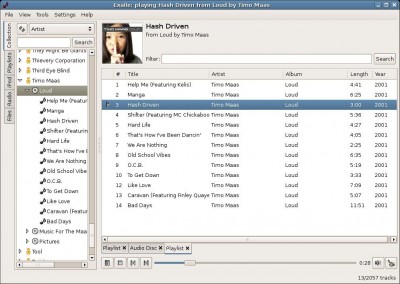 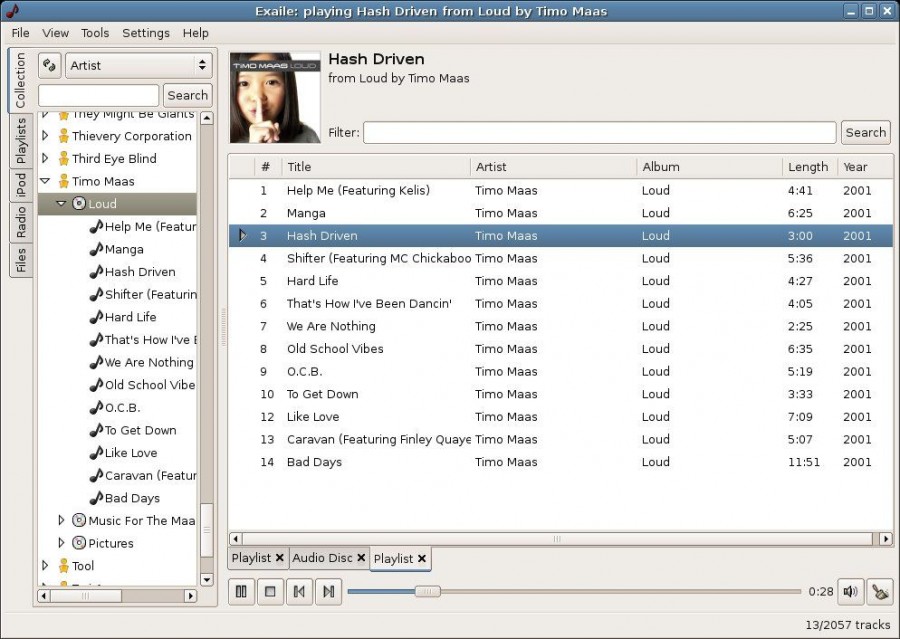 Exaile 0.2.7b
Exaile project is a media player aiming to be similar to KDE's AmaroK, but for GTK+


iAmarokPod 1.4
iAmarokPod is a SuperKaramba theme that controls Amarok audio player with the iPod look. It displays the track name, the artist na


Smart DJ 0.6.0
Smart DJ lets you find tracks based on how similar they sound to each other. Smart DJ can also automatically add new tracks to you


xPort 4.86
xPort is the most efficient backup tool for your iPod, it enables you to export songs from your iPod to your computer without loosing